The History of Robotics In the Warehouse 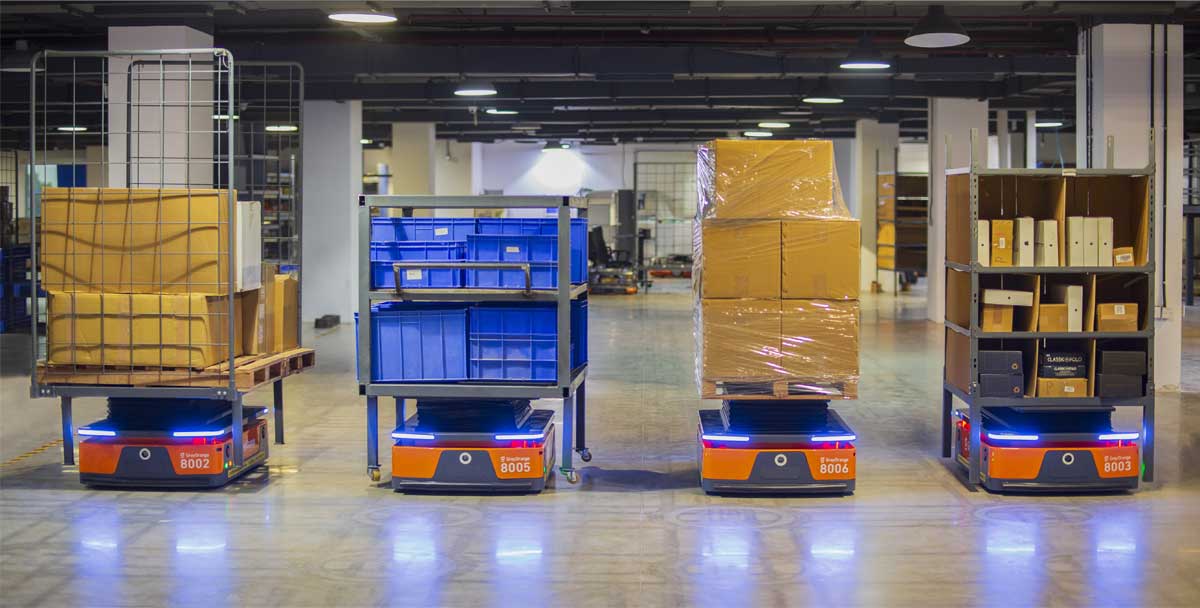 The History of Robotics In The Warehouse

The industrial world of today is filled with incredible innovations in traditional manufacturing practices and AI integrations alike. The speed and accuracy with which warehouses handle the high volume of daily orders and make inventory counts would not be achievable without automated assistance. But how did we get here?

Today, we take a step back and look at how robots became such an integral part of warehouse execution.

Machines have been assisting human workers with repetitive tasks for centuries. In the late 19th century, the earliest models of conveyor belts were used by miners to carry coal and ore to the surface. The earlier part of the 20th century saw the adaptation of this conveyor belt model in manufacturing and warehousing. Henry Ford most famously popularized the concept with his production of the Model T.

As a whole, the first part of the 20th century saw tremendous growth in consumer spending. Goods could now be transported by land, sea, and even air. Warehousing saw its own boom simultaneously due to this increase in trade, thus creating a need for more sophisticated and mechanized order fulfillment procedures. The forklift was one such product that arose from a need to help humans in warehouses lift and move heavy things faster.

The Great Depression landed a harsh blow on the entire American economy. Factory doors closed, warehousing operations needed to shrink, and the innovations of the prior 50 years appeared to be on pause. However, the push to produce returned quickly with the beginning of WWII. Suddenly, the factories that had closed out of necessity were needed back in full swing –- and at a production level that had not been seen in years.

This new industrial boom of the 1940s carried over into the latter half of the decade as soldiers returned home and settled into family life. From 1946-1950, spending on appliances and home goods rose by 240%. Consumer products were being manufactured and shipped at a rate entirely unprecedented for its time. Men and women still flocked to factory and warehouse jobs. Still, the high volume of inventory relative to the number of workers in any given warehouse meant that even this eager workforce needed a helping hand.

To One Trick Ponies…

The development of robots as a concept got one of its biggest pushes in 1949 when innovator and neurophysiologist William Gray Walter successfully created small battery-powered machines that could navigate around a room without assistance. These little gadgets could dodge obstacles and locate a predetermined spot without operator manipulation.

Walter’s technological spark set off a forest fire of invention and development. Many considered the possibilities of robot assistance to be limitless, especially in industrial spaces. In the 1950s, this help came from automated guided vehicles (AGVs). These machines followed wires embedded into a factory floor, carrying heavy materials.

AGVs were a breakthrough in manufacturing. Human workers were spared the dangers of moving heavy objects by themselves, and they could now focus on more detail-oriented tasks.

Another well-known invention of the decade was the robotic arm. Named “Unimate,” the first arm could move on both the X and Y axes, grasp objects in the “hand” at the end of the arm, lift up to 75 pounds repeatedly, and store up to 200 consecutive commands in its memory bank. Due to its relative precision and tirelessness, the robotic arm quickly became popular in the automotive industry. Fewer human errors meant factories could produce more cars each day.

Manufacturing leaders were hesitant to push for further automated innovations for a few years after the initial integration of AGVs and robotic arms to the factory floor. The widespread fear, starting in the 1920s, was that robots would encroach too far into society, including stealing the hard-earned jobs of humans. However, the introduction of the electronic computer in the 1950s changed everything.

The 1960s saw the introduction of automated storage and retrieval systems (AS/RS) to the warehousing industry. These computer-controlled systems stored and retrieved items in warehouses. The first AS/RSs, bulky and unwieldy by nature, were specifically designed to load large items onto giant wooden pallets. Later models could handle smaller, more delicate items and load them with more careful precision.

Now known as part of a “goods-to-person” picking system in a warehouse, AS/RSs allowed workers to remain at their workstations when packing orders rather than searching shelves for a particular item. The robot retrieves goods while the worker continues packing other items. This saved precious time for the distribution operation and continued the trend of keeping employees out of potentially dangerous situations. The less time a worker spends between packed shelves that stand twice as tall as they do, the better.

Robotic arms also saw their fair share of developments during this decade. Early robotic arms were powered by early hydraulics, which tended to leak. Thus, manufacturing leaders searched for a solution that would keep the functionality of the robotic arm in the factory without the problems that constant drips and leaks would bring.

Victor Scheinman designed the answer to these queries in the late 1960s. His “Stanford Arm,” as he dubbed it, utilized electric motors for power, instead of messy hydraulics. This arm could also use six axes of motion, bringing it ever closer to the range of motion of the human arm. The Stanford Arm permitted inventors to dream of more robots in smaller, indoor spaces. The original prototype weighed approximately 15 pounds, sparking ideas about robots sitting in homes or on desks.

These innovations could not have come at a better time. The technology industry hit a goldmine in the 1980s and 1990s with the introduction of the handheld cellular phone. Shipping and fulfillment became increasingly on-demand as overnight shipping became a real possibility. Now, more than ever, warehouse operations appreciated the help of robotic automation.

The exponentially rising popularity of online shopping has only exacerbated the need for robots that can anticipate where human workers will need help and respond accordingly. Computers now control most robotic functions, with artificial intelligence embedded in the design going back as far as the late 1970s and early 1980s. This integration saves human workers time and energy by removing the steps needed to give a robot a command; they already know it’s coming.

Today, robots not only perform their original intended function of preventing human workers from repeatedly lifting heavy objects or completing other dangerous tasks. They also increase warehouse efficiencies by using the businesses data to optimize workflows, in real time. Robots that can work without fatigue 24/7, greatly reduce the risks of operational slowdown due to pandemics and labor shortages.

Some robotic systems, designed with integrated artificial intelligence and learning capabilities can even provide insights on optimal stocking and replenishment — a key bit of information to have with the current supply chain headaches.

Robots feel like a natural part of a warehouse flow today. They provide greater accuracy and increase efficiency on certain time-consuming tasks, all while protecting the health and well-being of workers. The future of technologically embedded robots is promising, if not yet crystal clear. With increasing options and higher benchmarks of sophistication, the sky’s the limit for man’s designed helpers. GreyOrange is at the forefront of the industrial robotics industry, and we’re just as excited as you are to see what comes next.

Previous ArticleAlternative Strategies To Combat Labor Force Shortages Next ArticleWhat Is Robots As A Service (RaaS)?